Skip to content
The health benefits of chili include improving cognitive function, contributing to the formation of red blood cells, reducing blood pressure and preventing cardiovascular disease, acting as a natural painkiller, clearing nasal congestion, making soothes intestinal diseases and disorders.
Chili is a fruit belonging to the genus Capsicum. It is believed that chili originated from Mexico; and from there the journey to India, China and Turkey until it was spread around the world by Spanish and Portuguese explorers between the 16th and 17th centuries. Now it has become into one of the most in-demand commercial crops. According to the China Agricultural and Food Organization’s or FAOSTAT’s Enterprise Statistics database, China currently produces about 33.2 million tons of fresh bird’s eye (or chili) per year. Meanwhile, Peru is considered to be the country with the most diverse species of Capsicum. Chili varieties include Habanero, Jalapeno, Cayenne, Piri Piri, Fresno, etc.
Since its introduction, chili has become a staple spice in various cuisines. Chili peppers can be eaten raw, cooked, dried or added as a main ingredient in dough and sauces. It has lots of powerful features, spicy taste. The heat of peppers is due to a type of alkali active substance called capsaicin. The more capsaicin it contains, the hotter it is. However, the pungency of chili can also vary depending on the type and growing conditions. So what does chili provide in addition to spice exotic dishes? 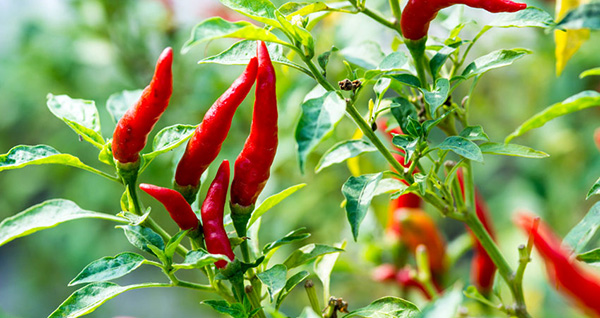 You need the right amount of oxygen and iron to achieve and maintain good cognitive performance. Enhancing your diet with chili daily can reduce the risk of cognitive disorders like dementia and Alzheimer’s disease as you get older.

2. CONTRIBUTION TO THE FORMING OF DEMOCRACY CELL

Anemia and fatigue are due to iron deficiency. Chili contains copper and iron. These minerals are important for the formation of new blood cells.
Chilies are also rich in folic acid. Folic acid supports the production of red blood cells and fights anemia. It also plays an important role in rapid cell division and development during pregnancy. Pregnant women should not experience folic acid deficiency; otherwise, it may lead to some birth defects in the newborn.

Chili contains potassium. Potassium is a mineral that plays different functions in the body. Adequate amounts of potassium combined with folate can significantly reduce the risk of heart disease. Potassium relaxes blood vessels; thus creating ideal blood flow.
Chili is also an excellent source of riboflavin and niacin. Niacin increases a person’s good cholesterol level, also reduces the risk of cardiovascular diseases. Niacin deficiency can only lead to a disease called Pellagra. Pellagra is characterized by insomnia, memory loss and diarrhea.
Enhancing your diet with hot peppers is the first step you can take to prevent atherosclerosis.

Capsaicin is used to relieve pain from osteoarthritis and diabetic neuropathy. It works by receptor desensitization, and also has anti-inflammatory effects.
Enhancing your diet with peppers is a great first step in preventing atherosclerosis. 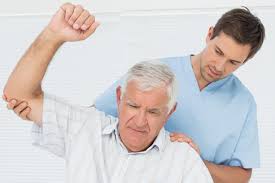 Capsaicin not only relieves pain but also relieves nasal congestion. Its fiery heat stimulates secretions that help clear mucus from nasal congestion. Capsaicin has antibacterial properties against chronic sinus infections, thanks to its ability to cause vasoconstriction in the blood vessels of the nasal cavity.

Chili peppers are often used as food preservatives because of their antibacterial and antifungal properties. Capsaicin can kill bacteria like H. pylori and cure inflammatory bowel diseases.