Skip to content
Chili has been a part of human cuisine for at least 7500 BC and perhaps earlier. There is archaeological evidence in areas of southwestern Ecuador that chili was domesticated more than 6000 years ago, and is one of the first crops in the Americas.
It is thought that chili has been domesticated at least five times by prehistoric inhabitants in different areas of South and North America, from Peru in the south to Mexico in the north and parts of the Colorado states and New Mexico by Ancient Pueblo Peoples).
In the published book Svensk Botanisk Tidskrift (1995), Professor Hakon Hjelmqvist published an article on pre-Columbia peppers in Europe. In an archaeological excavation place of St. Botulf in Lund, archaeologists have claimed to find a Capsicum frutescens in a layer dating from the thirteenth century. Hjelmqvist also stated that the Capsicum was described by the Greek Theophrastus (370-286 BC). He also mentioned other ancient sources. The Roman poet Martialis (around the first century AD) described the “Pipervee crudum” (fresh chili) long and grainy. These descriptions do not suit the black pepper (Piper nigrum), which does not grow well in European climates. 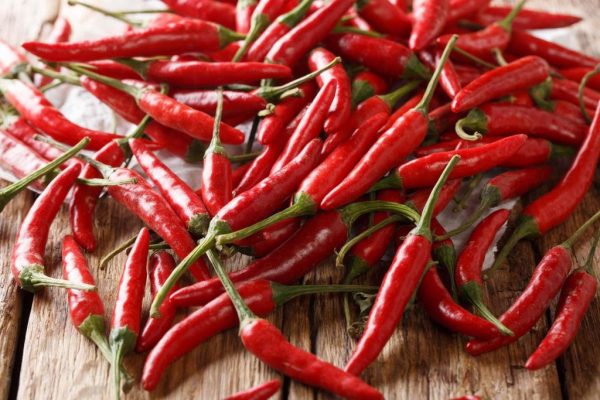 Christopher Columbus was one of the first Europeans to see chili peppers (in the Caribbean), and called them “peppers” because they had the same spicy taste (not the same appearance). Chili was grown all over the world after Columbus. Diego Álvarez Chanca, a physician on Columbus’s second trip to the West Indies in 1493, brought the first chili seeds back to Spain, and first wrote about their pharmacological effects in 1494.
From Mexico, at the time being a Spanish colony, also a trade control country with Asia, chili was quickly transferred to the Philippines and then China, Korea, and Japan with assistance. The help of European sailors. This new spice was quickly used in food processing in these countries.
Another path the chili travels is taken by the Portuguese from Spain, then taken to India, as described by Lizzie Collingham in Ms. Curry’s book. Evidence is that chili is used heavily in food processing in the Goan region of India, Goan which is a colony of Portugal. Collingham also describes the journey of chili from India, through Central Asia and Turkey, to Hungary, where it became a national spice in the form of paprika. 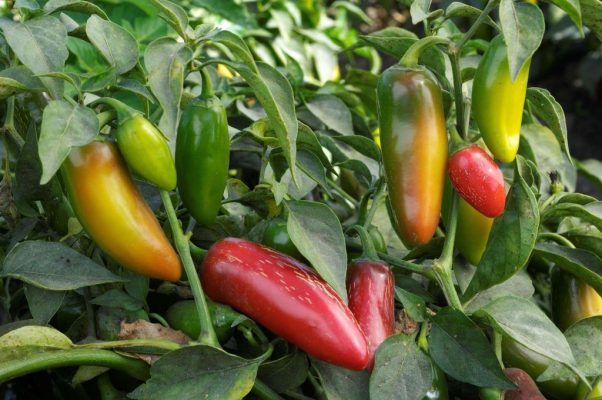 Currently, India is the largest producer of chili in the world with about 1 million tons per year, where only Guntur Market (the largest in Asia) has 1 million sacks of chili (100 lb per sack).