Skip to content
According to Science magazine, chili plants are native to South and Central America and have been cultivated for more than 6,000 years, even before the invention of pottery.
An international team of researchers investigated the long history of chili plants by analyzing the fossilized starch found on chunks of stone used to stab chili seeds. These are the oldest traces discovered so far.
“It used to be thought that the ancestors of large civilizations in the highlands like the Incas and the Aztecs were the first people to plant chili, but now we have evidence that the chili tree is native to the people. tropical regions and low-lying Latin America, “explains archaeologist Scott Raymond of Clagary University (Canada), one of the study’s authors. 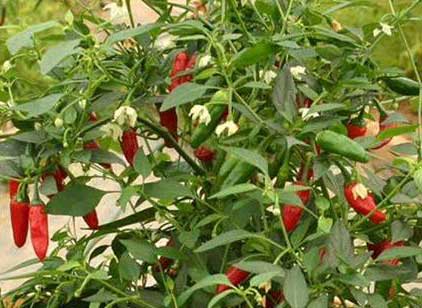 The researchers claim that the chili tree originated in Bolivia but chili cultivation has spread to other areas. They found chili seed starch traces in seven areas; The oldest particles are estimated to be 6,000 years old, present in Ecuador, where traces of the oldest village in the Americas are found. But they believe chili cultivation has been around for a longer time.
Explorer Christoph Columbus brought the chili tree from the New World (USA) and since then the use of chili has spread around the world.